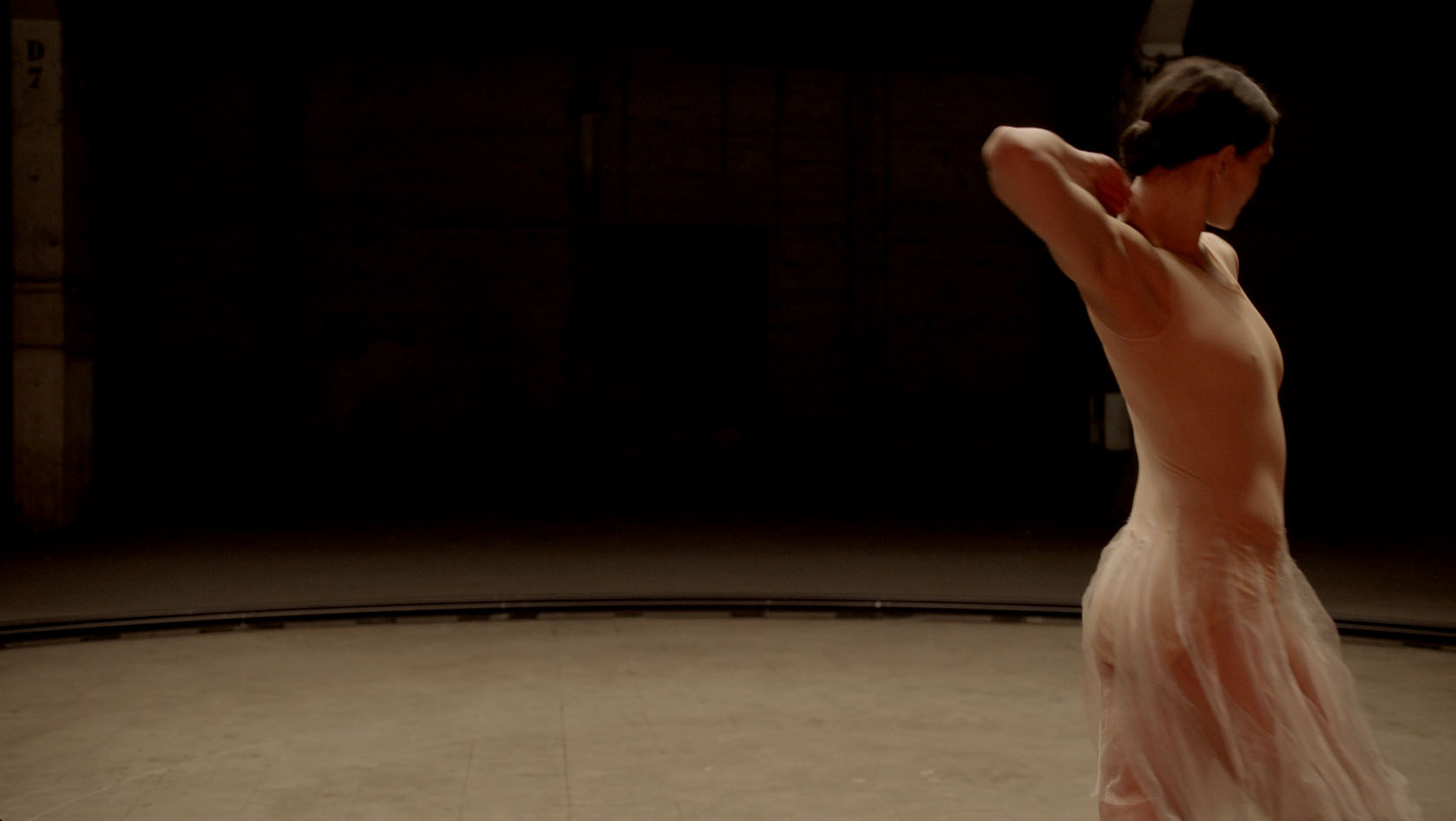 MARS & VENUS opposition phases, is an unique sequence-shot about celestial mechanics, the machinery of cinema anddance. It is a sound film about appearances and reality, an experience about the place of the viewer.Beyond the geometric and scientific project basis, the film develops a tension between the relentless astronomicalmeasurement, and the body of a dancer. The body and the machinery (incarnation of the celestial mechanics) are caught in adialectical relationship of agreement and struggle.

The film is a unique sequence-shot picturing the encounter between astronomy, dance and the mytholigical theme of Venus and Mars. Venus is embodied by the prima ballerina of the Opera in Paris, Alice Renavand. Mars on the other hand is the cameraitself.The film replicates the actual orbits of the two planets then scaled down to the human body. The transposition of their revolving speed and path was calculated in collaboration with the Paris Observatory astronomers.
Both ‘actors’, camera and dancer, move around space as their trajectory and own time periods dictate. Mars follows a circlingand infinite movement on an outside rail track 10 meters in diameter, as Venus move along a smaller inner circle only 4.73 meters across which is slightly stilted. Mars gazes towards the centre, thus in the direction of Venus.
The camera is remote-controlled by a automatic HF system for it to move at a perfectly regular speed. The concept engineer specifically designed a programme intended for such a filming system. Venus / dancer evolving at a faster pace hence mapping her moves on a rhythm which corresponds to the sound division of hertime period ( guided by floor marks) thus allowing her to follow her own cadence. Beyond the relationship between these twoastral bodies, the film shows an astronomical phenomenon never before witnessed at the cinema: the planets’ opposition phaseand Venus devolution that is to say the relativity of movement … placing us in the situation of a «spectator astronomer».